Last week I traveled to St. Petersburg, Florida for the first time and walked along the beach in the dark. Moonlight sparkled on the waves, which I couldn’t see because it was pitch-black. The strange sound of chirping birds at my feet caught me off guard because I couldn’t see them; I spun around shining the Assistive Light app on my smartphone to light my path through the dark sand. 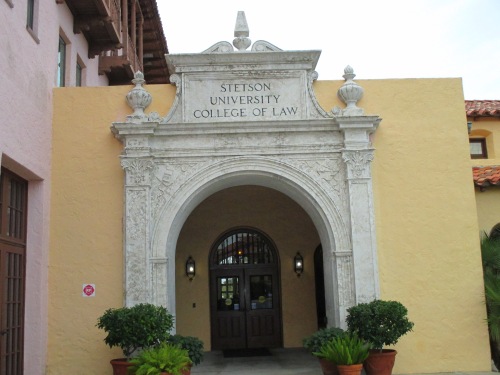 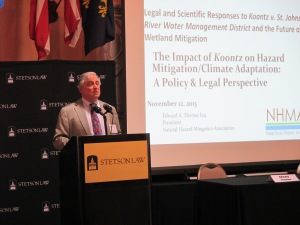 The Environmental Law Institute partnered with Stetson University College of Law to hold a workshop on the legal and scientific responses to a Supreme Court case known as Koontz. Nearly 70 people attended the workshop. For a local radio coverage of the workshop, click here.  I posted live Tweets for @ELI_Wetlands throughout the workshop, while the speakers, including renown wetlands ecologist, Dr. William Mitsch, Director of the Everglades Wetlands Research Park in Florida, and Ed Thomas, President of the National Hazard Mitigation Association, led the discussion. Royal Gardner, a professor of environmental law at Stetson and author of the book, Lawyers, Swamps and Money, framed the issues. (I’m reading his book now, thanks to Ed!) A series of panel discussions rounded out the day, ending with a pool-side reception, where the conversation about wetlands continued. It was a lively discussion enriched by student and audience participation during the small group break-out sessions. In my group, a number of participants discussed the NGO perspective of wetlands implications of the Koontz case. For more information about the Koontz case, see this SCOTUS blog post. (Supreme Court blog) 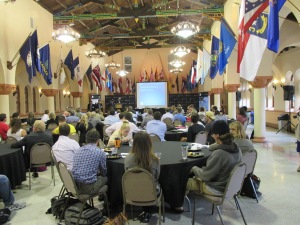 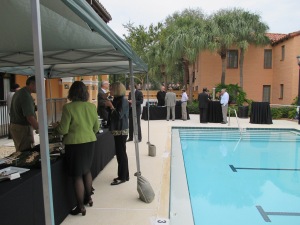 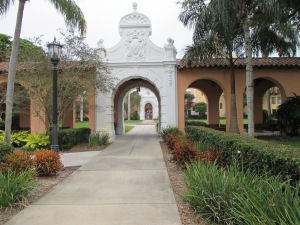 The Gastropods That Restore Us

“Sometimes these animals are crushed seemingly to pieces,
and, to all appearance, utterly destroyed; yet still they set themselves
to work, and, in a few days, mend all their numerous breaches…
to the re-establishment of the ruined habitation.”
-Oliver Goldsmith, 1774

As a little girl, I loved picking up periwinkles and humming to persuade them out of their shell. Even after a painful incident with a blue mussel that heldfast to my toe in the Sheepscot River, I have always held a fond regard for mollusks. But slugs? Not so much. Gardeners might feel some frustration during the wet part of early summer when the slugs invade. My mother puts sharp sea shells in the soil because the slugs don’t like to crawl over them. Gastropods—slugs, snails and whelks—are particularly sensitive to their environment. Just as gardeners will insist that not all soil is the same, so will snails help wetland managers to monitor the success of wetland restoration sites. The slow-moving creatures are the time-keepers and monitors. They keep us in the know. They have the power to restore wetlands. They restore us.

I just finished reading Elisabeth Tova Bailey’s natural history/ memoir The Sound of a Wild Snail Eating (Algonquin Books of Chapel Hill, 2010), which moved me to tears of joy. In the vein of Annie Dillard and Terry Tempest Williams’ nature-inspired narrative, Bailey’s voice is both clear and magical.

While she is bedridden with a strange illness at the age of 34, a friend brings in a pot of violets to put on her bedside table along with a snail from the woods. Bailey admits she “couldn’t imagine what kind of life a snail might lead,” but grows more and more fascinated with its nocturnal trips up and down the pot of violets, where it nibbles tiny holes in her letters and makes a meal of a wilted violet petal. Bailey’s bedroom window looks onto a saltmarsh and she longs to walk in the woods with her dog but her illness has trapped her into an uncomfortable stillness. When a friend freshens up the soil in the pot of violets, Bailey observes that the snail is unhappy about this—until the garden-enriched soil is replaced with humus from the Maine woods where the snail had lived.

Bailey writes that they were “both living in altered environments not of our choosing.” After a few months of co-habitation with the snail, a friend brings a glass terrarium and fills it with many types of moss, lichen-covered birch, rotten sticks, a mussel shell filled with water and ferns. The snail investigates her new forested ecosystem and dines on mushrooms. I was struck by Bailey’s breathtaking observations, at once emotional and ecological, the way she confused time: the ticking of the clock and the “unfurling of a fern frond” in the small slow world of the wild snail. She writes, “the snail kept my spirit from evaporating,” as she watched it drink from the mussel shell. The book is rich in wetland description and the science of gastropods. http://www.amazon.com/Sound-Wild-Snail-Eating/dp/1565126068/ref=sr_1_1?s=books&ie=UTF8&qid=1309460437&sr=1-1

Bailey’s wild snail went onto lay eggs inside the terrarium once surrounded by the right vegetation and fueled by bits of mushroom, its favorite meal. In the wild, certain species of snails may be used as indicators of success in wetland restoration sites. If the native snails reestablish communities, it is one sign of success, however, sometimes invasive snails migrate into a restored wetland, which is a different story. For example, nonnative gastropods may pose a threat to endangered lichen as explored in a recent issue ofCanadian Field Naturalist in a study by Robert Cameron:http://www.canadianfieldnaturalist.ca/index.php/cfn/article/viewFile/697/697

While much of coastal wetland restoration falls back on the “field of dreams” assumption: built it and they will come, the richness and diversity of species that return naturally to a restored wetland are not always as wetland managers had hoped. In some cases, wetland managers will try reintroducing certain species to reestablish a community, for example, gastropods in a restored marsh in coastal California. A 2004 EPA study evaluated the restoration of benthic invertebrate communities, specifically the California horn snail, in a marsh.http://water.epa.gov/lawsregs/guidance/wetlands/upload/2004_8_18_wetlands_
MitigationActionPlan_performance_ArmitageandFong2004.pdf

Whereas in a 2009 study of invasive apple snails, the gastropods are observed to feed on both native and invasive aquatic plants at the Great Lakes Center (Buffalo State College in New York). One of the findings was that apple snails should not be considered a bio-control in wetland restoration sites. While they ate the invasive aquatic plants, such asEichhomia crassipes, the snails also ate the native vegetation, e.g.  Ruppia maritima, at an even faster rate.  http://www.buffalostate.edu/greatlakescenter/documents/
burlakova_et_al_2009.pdf Ironically, the same apple snail—native to the Florida Everglades, is the sole preferred food source for the endangered Everglades snail kite. This means that apple snails are critical to the successful restoration of Everglades habitat for the bird. http://fl.biology.usgs.gov/sofla/apple_snail.pdf (See Strange Wetlands: http://aswm.org/wordpress/strange-wetlands-endangered-species-day-the-first-list/)

As part of a large 2004 wetland restoration project in the Klamath Basin in Oregon, over a dozen species of endemic snails were identified as at-risk invertebrates and priority species http://www.oregon.gov/OWEB/GRANTS/docs/acquisition/Acq
Priorities_Klamath.pdf?ga=t For more information on the Klamath Basin Restoration work in Oregon, visit: http://www.oregonwild.org/waters/klamath/a-vision-for-the-klamath-basin/the-klamath-basin-restoration-agreement

Wetland scientists look to even smaller organisms, trematode parasites, which occur in gastropods, as indicator species for biodiversity in managed wetlands. Some studies have shown that the richness in diversity among trematodes increases after coastal wetland restoration. For a brochure published by the Pacific Estuarine Ecosystem Indicator Research Consortium, go to: http://www-bml.ucdavis.edu/peeir/
brochures/Parasites.pdf

For further reading and enjoyment, here are some interesting recent wetland blog posts on gastropods in wetlands with some great images, too: